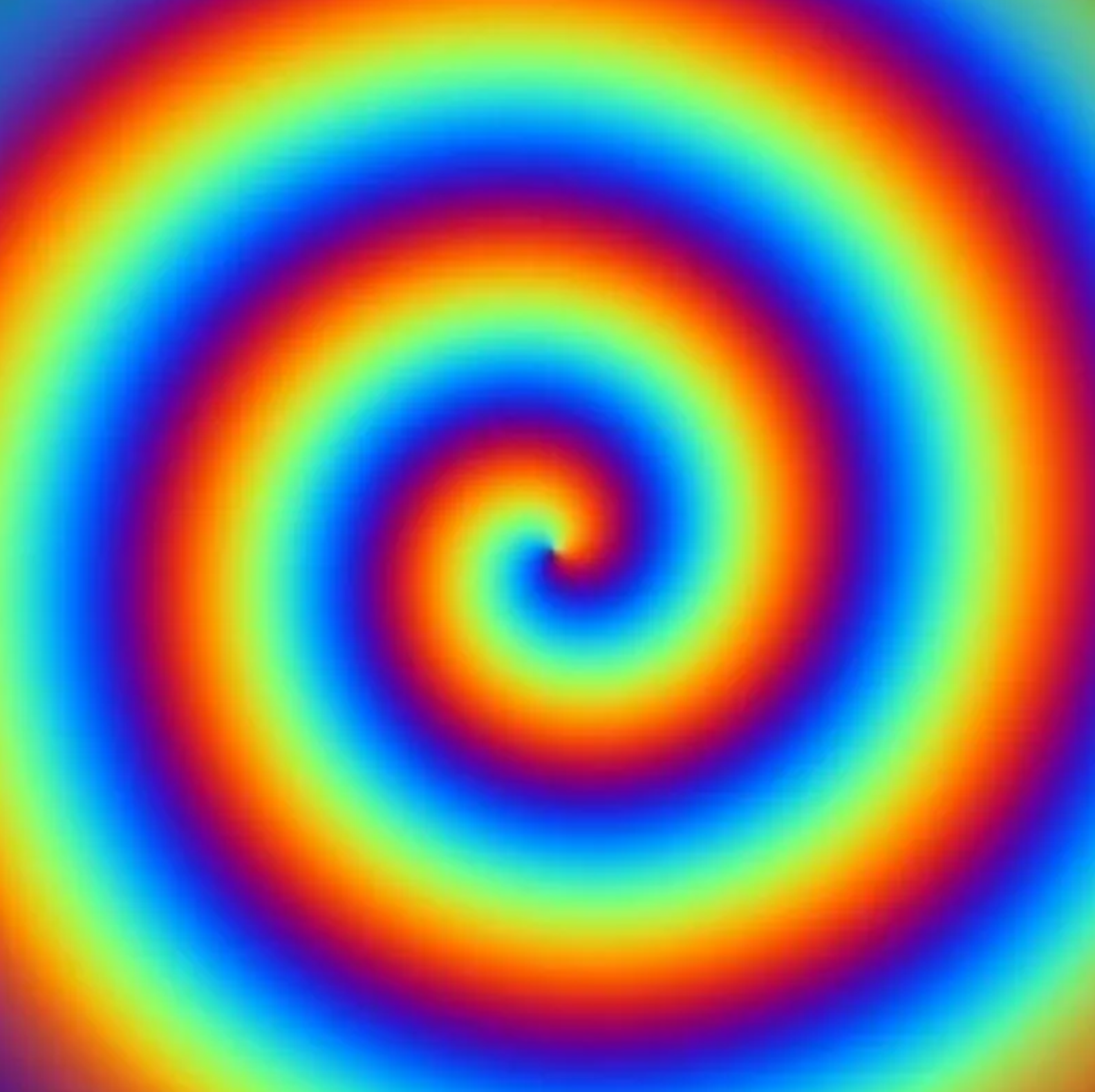 Most people do not know nor understand what the word (therapy) know as hypnosis is or does. It usually confuses people as not much attention has been placed on it and little information has been put out there on the topic in years past. It has certainly not been viewed as a main stream therapy or modality. But those who have experienced it know that it can and does work miracles. Recently though, this all has begun to change and the world has begun to awaken to the field of hypnotherapy and its effectiveness in helping with untold numbers of conditions.

The basic definition of hypnosis is that it is a state of increased suggestibility and concentration. Under hypnosis you do not go to sleep or lose touch with reality. You will know everything that is going on around you. Some people feel as though they have experienced a light trance like state. Whereas some others say they go much deeper but not to sleep. Clients are always in control of themselves and able to understand and thoughtfully process all communications with the therapist. No bizarre behavior comes as a result from any treatment or session.

The hypnotherapist is there to ascertain information from you as to your concern (problem) and then guide you into this state of suggestibility. Your own brain does all the rest-both conscious and subconscious minds.

There are several types or approaches within the field of Hypnotherapy that the practitioner can choose to use with you (ie induction, parts, touch, etc.) You will discuss your specific personal situation with the therapist and together decide what approach will work best for you. People come to see a hypnotherapist for conditions such as pain, anxiety, fear, depression, sadness, insomnia and sleep disorders, smoking and addictions in general and many others.

Hypnotherapy can last from 20 to 30 minutes to an hour. Sessions run approximately 1 hour per visit. Frequently we can address more than one topic in that hour and frequently addressing one topic can eliminate another without ever addressing that issue itself. The sessions are painless, relaxing, rewarding, effective and even enjoyable.

Sometimes a client will say that they did not “feel anything” or that they “feel numb like nothing ever happened”. Those people always call (or email) within a few days with statements like “I’m in bliss” or “my problem is gone and I can barely remember having it”.  Conversely, some clients feel it immediately and have a “buzz” like feeling. They leave relaxed, happy and feeling as though a great weight has been lifted or a shift has occurred. This shift is a permanent one. The individual is able to progress through and out of their problem and move on with their life without being burdened with their problem any longer. I tell my clients that “I am not doing a lobotomy on you”…. you are awake, in a meditative/suggestive state and you will have all your thoughts and memory (ies), but something has changed”.  The memories or problems associated with the memories/traumas appear to dissipate rather quickly and eventually disappear completely and in a short period of time. In other words, the emotional “electrical charge” on the experience, memory and trauma is incrementally reduced and finally eliminated completely. The whole body begins to heal as the effects of this therapy begin to take hold.

This is a subtle, yet powerful and effective therapy.

Franz Anton Mesmer (1734-1815), an Austrian physician, is widely acknowledged as the 'Father of Hypnosis'. He believed that there was a quasi-magnetic fluid in the very air we breathe and that the bodys' nerves somehow absorbed this fluid. As a doctor, his main concern was how to effectively treat his patients, and he considered disease to be caused via a blockage of the circulation of this magnetic fluid in the blood and the nervous system. Curing disease would, in his view, involve correcting the circulation of this liquid.

Initially, he used a magnet, and later his hand, which was passed over the diseased body in an attempt to unblock the magnetic flow. The hand (and later the eyes) was believed to unblock the fluid by increasing its amount and flow as his hand passed over the affected area. The term 'animal magnetism' was born, and the procedure referred to as Mesmerism.

The Marquis de Puysegur (1751-1825), a pupil of Mesmers, used 'animal magnetism' on a young peasant who entered into a state of sleep while still being able to communicate with Puysegur and respond to his suggestions. When the peasant 'awoke' he could remember nothing of what had occurred. Puysegur thought that the will of the person and the operators' actions were important factors in the success or failure of the 'magnetism', in other words psychological influences were extremely important in the whole process.

John Elliotson (1791-1868), an English physician holding a chair at University College London was disbarred from the medical profession as a direct result of his demonstrations of animal magnetism, while James Esdaile, a surgeon was operating on his patients using 'mesmeric sleep' as his anesthetic of choice in the 1840s. The medical profession was therefore divided on its opinion of the usefulness of mesmerism.

It wasn't until 1843 that the terms 'hypnotism' and 'hypnosis' were coined by James Braid (1795-1860), a Scottish surgeon working in Manchester. He found that some experimental subjects could go into a trance if they simply fixated their eyes on a bright object, like a silver watch.

He believed that some sort of neurophysiological process was involved and that hypnosis was very useful in disorders where no organic origin to the problem could be identified (e.g. headaches, skin problems etc.) He showed that a single stimulus (e.g. a word or an object) was enough to re-hypnotize his subjects. No-one knew how the process of hypnosis 'worked', though there were several theories put forward:

1. Jean-Martin Charcot (1825-1893), a leading neurologist of his day and head of the neurological clinic at the famous Saltpetiere in Paris, used hypnosis to treat hysterics. He concluded that hypnosis was an induced seizure when his hysteric patients showed epileptic-like symptoms when they were in a trance.

2. Hippolyte Bernheim (1837-1919), a professor of medicine at the University of Nancy regarded hypnosis as a special form of sleeping where the subject's attention is focused upon the suggestions made by the hypnotist. He therefore emphasized the psychological nature of the process of hypnosis.

3. By the 1920s, hypnosis became the focus of experimental investigation by psychologists like Clark L. Hull (1884-1952), who demystified hypnosis saying that it was essentially a normal part of human nature (1933). The important factor was the subject's imagination - some people were more responsive or suggestible' than others to hypnosis.

Support for the teaching of the therapeutic use of hypnosis in medicine finally came in 1955 from the British Medical Association, who was closely followed in 1958 by the American Medical Association. Today, an International Society of Hypnosis coordinates and assesses standards and practices of professional hypnotists across the world. Hypnosis is currently used in dentistry, medicine and psychology and has proved helpful if used alongside more conventional treatments and therapies.

It has received a 'bad press' of late, mainly due to the unscrupulous practices of some stage hypnotists, but its professional use in treating both physical and mental disorders continues to thrive. Now it is generally seen as a form of 'relaxation', and it is possible to teach individuals how to hypnotize themselves (via progressive relaxation techniques). It is widely used in the treatment of addictions (e.g. in aiding smoking cessation), but should always be conducted by a professional in a controlled setting.

Misuse of hypnosis can have dire consequences, and may be especially harmful in the treatment of people who were sexually abused as children (as is the case in False Memory Syndrome). Care should always be taken when hypnosis is to be employed and patients should be 'brought out' of the hypnotic trance before they leave the clinic. Historically, the use of 'trances' is much older than Mesmers' findings but it was the Austrian physician who first brought the process to the attention of the medical community.