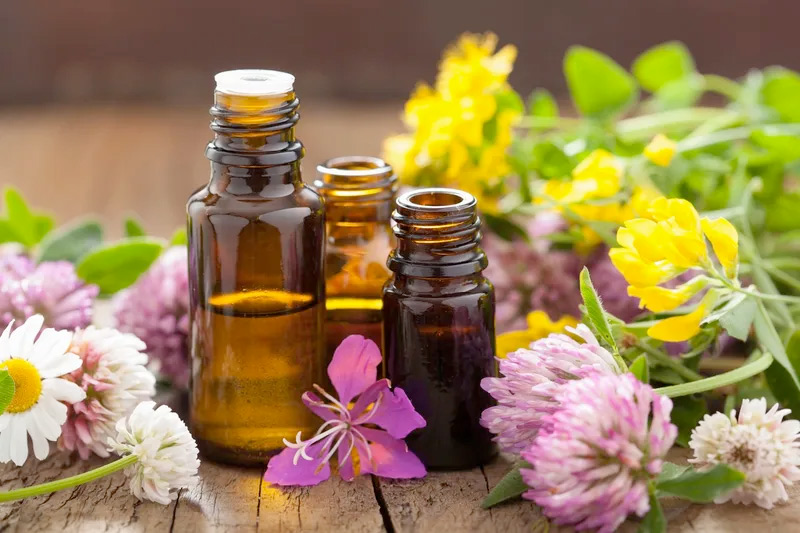 Why Oils Heal and Drugs Don't

When I was in medical school one professor emphasized this point in a colorful, graphic manner with specially prepared slides. In each slide specific drugs were depicted as evil looking demons or goblins. As he presented each picture, he explained, "Although ugly and capable of doing harm, these 'demons' are also the bearers of some good. So long as the benefits outweigh the risks, we use them," he summarized. "We have no choice," he continued, "because if a drug has no dangers, then it can have no benefits. That's just the way it is. And that's why it is essential that only qualified physicians be allowed to prescribe medicines," he concluded.

Actually, the professor was telling the truth. Within the restricted practice of allopathy (MDs) the only real medicines are physician prescribed pharmaceuticals. Such medicines always do have negative side effects. All of them. No exceptions.

Hence, doctors are trained to accept the bad with the good as the price of effective medicine. The Danger is in the Drug, itself: The dangers of prescription drugs are intrinsic to the drugs, themselves. No matter how careful the physician in prescribing and how compliant the patient in following doctor's orders, even then deaths and damages occur. In fact, according to the U.S. Centers for Disease Control, more than 100,000 Americans die every year, not from illegal drugs, not from drug overdoses, not from over-the-counter drugs, and not from drug abuses, but from properly prescribed, properly taken prescriptions. In this country, more people die from doctor's prescriptions every ten days than were killed in the 9/11 terrorist attacks.

It is illegal to patent any natural product. The way to big profits in the medicine industry is to create an unnatural substance that never before existed in nature, then patent it, and obtain a monopoly. Hence, the molecules of pharmaceutical drugs are all strange to the human body. In all the history of humankind, such molecules were never encountered or taken into any human body. Hence, the body does not easily metabolize them. God never made your body to accept and deal with these chemicals and antibiotics. Hence, you can find traces of prescription drugs in your body that were taken in childhood, decades ago. On the other hand, natural molecules, such as those found in essential oils, are easily metabolized by the body. In fact, your body was created to handle them. When an essential oil molecule finds the receptor sites it was designed to fit and conveys its

information to the cell, or participates in other therapeutic functions, it then goes on its way to the liver and the kidneys and moves out of the body. Its benefits have been conveyed and its job is complete. By contrast, the unnatural molecules of man-made drugs attach themselves to various tissues, disrupting normal function, for years while the body tries to figure out what to do with them. Meanwhile, they wreak mischief with our bodily functions and even our minds.

Drugs and Oils Work in Opposite Ways:

Drugs and oils work in opposite ways. Drugs toxify. Oils detoxify. Drugs clog and confuse receptor sites. Oils clean receptor sites. Drugs depress the immune system. Oils strengthen the immune system. Antibiotics attack bacteria indiscriminately, killing both the good and the bad. Oils attack only the harmful bacteria, allowing our body¹s friendly flora to flourish. Drugs are designed to send misinformation to cells or to block certain receptor sites in order to trick the body into giving up symptoms. But drugs never deal with the actual causes of disease. They aren't designed for that purpose. While they may give prompt relief for certain uncomfortable symptoms, because of their strange, unnatural design, they will always disrupt certain other bodily functions. Thus you always have some side effects. Oil molecules send information to cells and cleanse receptor sites so that they bring your body back to natural function. Oils are balancing  to the body. Drugs are unbalancing to the body. Oils address the causes of disease at a cellular level by deleting misinformation and reprogramming correct information so that cells function properly and in harmony with one another. With drugs, more misinformation is fed into the cells so that some temporary relief may be obtained, but there is never any true healing. Drugs only trade one kind of disease for another. Because essential oils properly applied always work toward the restoration of proper bodily function, they do not cause undesirable side effects. They are feeding the body with truth. Drugs feed the body with lies. While no amount of truth can contradict itself, it doesn't take many lies before contradictions occur and the body suffers ill effects.

(The above is an abbreviated excerpt from a longer article by David Stewart, Ph.D. In the September issue (V.1, N.8) of The Raindrop Messenger, a free e-newsletter available by visiting http:/www.RaindropTraining.com.

All back issues of The Raindrop Messenger are archived and available for downloading on the same web site.)

Vita Flex Technique means “vitality through the reflexes.” It is a specialized form of hand and foot massage that is exceptionally effective in delivering the benefits of essential oils throughout the body. It is said to have originated in Tibet thousands of years ago, and was perfected in the 1960s by Stanley Burroughs long before acupuncture was popular in Western medicine.

It is based on a complete network of reflex points that stimulate all the body systems. Essential oils are applied to contact points, and energy is released through electrical impulses, created by contact between the fingertips and reflex points. This electrical charge follows the nerve pathways to a break or clog in the electrical circuit usually caused by toxins, damaged tissues, or loss of oxygen. As with acupressure there are hundreds of Vita Flex reflex points throughout the human body, encompassing the entire realm of body and mind, that are capable of releasing many kinds of tension, congestion, and imbalances.

In contrast to the steady stimulation of Reflexology, Vita Flex uses a rolling and releasing motion that involves placing fingers flat on the skin, rolling onto the fingertips, and continuing over onto the fingernail using medium pressure. Then moving forward about half the width of the finger, this rolling and releasing technique is continually repeated until the Vita Flex point, or area, is covered. This movement is repeated over the area three times.

Combine this technique with 1-3 drops of essential oil applied to those areas of the feet that correspond to the system of the body you wish to support. Rapid and extraordinary results are experienced when combining essential oils with Vita Flex stimulation, as it increases the effect of both.

Q.    What is the Raindrop Technique?

A.    The Raindrop technique is a gentle massage method developed by Dr. G. Young, combining the arts of aromatherapy, massage and the Vita-Flex technique. This technique originally stems from information received by the Lakota Indians in South Dakota who used a similar process as their healing ritual many years ago. Over the years Dr. Gary Young expanded on their original ritual and created what is now known and practiced as the Raindrop Technique using therapeutic grade essential oils. Depending on the treatment objective, this technique can be performed in a variety of ways with almost any combination of essential oils. This unique technique, over the years since its development, has received an enormous amount of praise from users around the world for its ability to help ameliorate spinal abnormalities such as scoliosis and kyphosis, chronic back pain, and facilitate tissue cleansing.

Q.    What is the Vita-Flex Technique?

A.    Believed to have originated in Tibet, the Vita-Flex Technique is a variation of reflexology, which seals in the energy so it can travel throughout the body.  When used in conjunction with the Raindrop Technique, Vita-Flex helps join together aromatherapy and massage for a truly remarkable experience.

Q.    How long does a Raindrop session take?

Q.    What will the Raindrop Technique do for you?

A.    The Raindrop Technique is a non-invasive, powerful tool for assisting the body in correcting defects in the curvature of the spine by utilizing the antiviral, antibacterial, and anti-inflammatory action of several key essential oils. By integrating Vita Flex, Raindrop Technique and the power of the oils we are able to enhance the structural and electrical alignment of your body.  Therapeutic-grade essential oils vibrate at frequencies that affect the human body by restoring balance and normal function to weak body systems and by promoting well being physically, mentally and emotionally. Because no two people are alike, people experience different outcomes.  Some people feel invigorated while others feel very relaxed.  You definitely will not be disappointed!

A.    It will cost approximately $65.00 for a 1 hour session including all necessary Raindrop oils.